John's an A/V nerd, has been since his time in high school in the late 80's.

John’s an A/V nerd, has been since his time in high school in the late 80’s. He’s worked in both production and post-production local access, television shows, stage productions and community theater. He earns a meager living, buys his gear used or broken and fixes it so that, with a little duct tape and a few spots of soldering, it works almost like new. He actually came to the realization that there was more out there while reviewing video that some of his friends brought to him – video with inexplicable blurring, effects like he’d never seen. At first, he thought it was a bad tape. After encountering similar effects over the course of years, he began to put things together. Eventually, he began researching, and his research led him to Vortex. After making contact with Helena’s boyfriend, and then Helena, he began to work with Vortex’s correspondent team with a fanatical devotion. 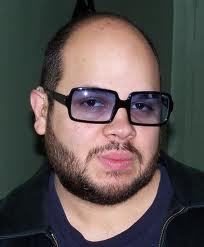