Ex-military man out for vampire blood

Virtue – Justice (Those that prey upon humanity deserve death)
Vice – Greed (You can’t take it with you, but money makes for an impressive coffin)

Jim Kingston was born June 2, 1973 in Chicago, Illinois. A natural marksman, Jim entered the United States Army at the age of 18, where he eventually gravitated towards more specialized training. After serving 8 years, he enrolled in college, but partied more than studied, graduating with a bachelor’s degree in Communications…after obtaining copies of the test from other students and university contacts.

He soon hit the streets, armed with a degree he didn’t really earn and skills that do not lend themselves to legitimate employment. After a few months, he was contacted by some of his former associates with an offer that promised great pay….working as enforcers for a new wave of organized crime trying to get a foot hold in Chicago.

All was going well until some old guard gangsters came to the restaurant where Jim and his employers were having a meeting. They came in swaggering, dressed up like they were from the 1930s. They demanded the entire operation, and when Jim’s employers started laughing, they started killing. They moved with inhuman speed and strength, throwing around grown men like rag dolls and shrugging off bullets like they were mosquito bites. Before passing out, he could have sworn he saw fangs sprout from the mouth of one of the gangsters….

Jim was the only known survivor of that massacre. When he awoke, he felt broken ribs and a fractured arm, but still very much alive. Realizing that whoever the new…or old…gang was, they were going to win the battle, Jim quickly scavenged what he could, ranging from guns to jewelry to petty cash…and used the boss’s key to access the hidden safe hidden in the kitchen area of the restaurant under the fire grills.

Fleeing Chicago, Jim settled in St. Paul, MN. Quickly realizing the opportunity that a pawn shop offered (after being ripped off pawning his own items), Jim used his savings to purchase a shop in old St Paul, setting up a life as a “respectable businessman”, and tried to leave his past in Chicago. But, from time to time, while hopping bars, exploring downtown, or going to a Twins game, Jim would get a creepy sensation that those creature were around, watching him, waiting for him to be alone, and looking for prey. In an effort to avoid the other conclusion of insanity, Jim dived into the internet, looking for others that shared his beliefs. It took a while to separate the fringe from the insane, but eventually Jim found a webportal called “Vortex”. Keeping up with it was a bit of a pain, but eventually he found the information he was looking for.

Monsters were real. Hunters were too. Time to go on a hunting trip. 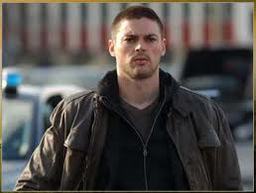