Helena's curiosity has always been a blessing and a curse. It's served her well so far as a field correspondent for The Secret Frequency, but how long can she outwit and outrun that which doesn't want to come to light?

Helena Signy was born and raising a second-generation American. Her parents immigrated to Minneapolis from Norway shortly before she was born, her father taking a position as a Norwegian and Nordic Studies professor at Saint Olaf College and her mother a part-time position at Concordia College as a Biology professor. Helena grew up among academia, excelling in her studies and increasingly fascinated with the folklore of her ancestry. She was especially interested in the monster-myths of the Norther European people, and would often assail her mother with questions about the possibility of their existence. Her parents, people of education and reason, did not humor her childish dreams of pursuing what was the budding pseudoscience called Cryptozoology. Instead, they focused her studies on technology and computers. It was by cover of technology that she stared to participate in the school newspaper, A/V club and yearbook committees as a way to channel the creative energy that was overflowing within her. She was very successful in each of these endeavors, due in part to her intellect and in part to her beauty and the exotic accent she’d picked up from her parents. Upon graduation, the expectation was for her to enroll in a Computer Science undergraduate program. Things didn’t go quite as expected, and the ensuing fight ended with a compromise: she would double-major in Communications and Computer Science. The Computer Science was more a necessary chore than anything. She took the minimum required classes and got passing grades, her passion devoted wholly to the Communications part of her studies. She stepped into active roles in the school newspaper, radio and television studio. She interned at one of the local television stations, and everything seemed to be falling into place. She kept most of the details from her parents, who strongly disapproved of a career in such a tumultuous industry. “We didn’t move to this country so that you could struggle from paycheck to paycheck, hoping for some big break” she heard more often than she’d ever care to recall. Helena saw glimpses, here and there, of the supernatural. The curiosity of her childhood never left her, and she began to dig. Her research consumed the few hours she had when she wasn’t at school or working. Every time she thought she found something conclusive she’d find the telltale signs of manipulation. Subtle or glaring, it was always there. Just as she’d started to give in and admit defeat, she came across some remarkable footage that had no sign of manipulation. She pored over the video again and again, and could find nothing that screamed or even whispered “fake.” It was enough to nourish her faith in her own senses. She tracked the video from site to site, until she came upon Vortex. Helena relentlessly attempted to contact the administrator, who eventually broke down and responded. At first their correspondence was brief, her sending many questions and making many assertions and he responding minimally. Over time, he began to answer more of her questions and her charm won him over. As their friendship grew she began to accept responsibility for the content portion of the site. She’d review submissions, using her knowledge of audio and video programs to distinguish the real content from the manipulated content. Helena proved herself devoted and trustworthy, and after a year and a half of working on the site with Edward they finally met in a coffee shop. He wasn’t at all what she’d expected, and the two hit it off and time flew. They had been seeing each other for more than a year when Edward disappeared. His apartment was a mess, and no traces of his whereabouts or his fate could be found. The police reviewed the crime scene and found nothing, no fingerprints, no blood, no trace. Helene stepped into the administrator role not long afterwards, when the Regional approached her and made the offer. She maintained the site for nearly two years before BubbaJay freed her up to do what she’d wanted so badly to do all along: look for Edward. 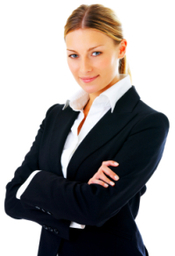