Erika is an assistant administrator of Vortex. Primarily she's responsible for coding, programming and maintenance, though she's had to step her role up in the last couple days.

Erika is an assistant administrator of Vortex. Primarily she’s responsible for coding, programming and maintenance. She’s still in school for computer science at a local community college, but she does her best to contribute to the site as available. She’s had to increase her level of involvement to a degree that exceeds her expertise, and she’s also been forced by the situation at hand to take unusually bold steps. She’s met several of the group assembled to investigate Helena’s disappearance. She’s not very good with people, having spent most of her adolescence and early adulthood in front of a computer screen. 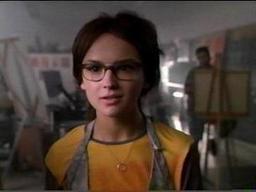