A former soldier turned paramedic who has seen enough carnage to suspect the truth.

Aaron spent several years in the 82nd Airborne as an infantryman and scout. He was deployed to South America, Iraq and Afghanistan. He left after becoming fed up with the political deceptions promoted by the powers that be and took a job in Minneapolis as a paramedic with the metropolitan EMS service. He is considering attending medical school. He is moderately outgoing, motivated and intense. He possesses above average combat skills and experience, emergency medical skills and experience, and a high level of physical fitness.

His past times include reading, hiking/backpacking, boating on the river, martial arts, and playing with his dog, Foster (an Australian cattle dog).

Aaron has been working the streets in Minneapolis for about 4 years and has seen enough strange and unlikely deaths and injuries to suspect there is something more going on. Wounds no person or animal could make and unexplained deaths with presentations and symptoms unlike anything ever described in medical texts have lead Aaron toward the truth. His began searching for others of a like mind who have come to similar conclusions. His search for answers has brought him to this message board and he intends to put a stop to the carnage. 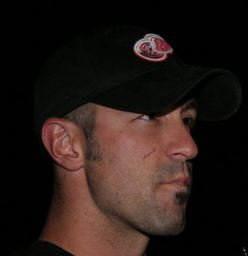