Anton is a survivor. He's seen a lot, he's done a lot, and he's managed to navigate some near-impossible situations. His skill set doesn't lend itself to being one of the good guys, but he's seeking atonement for sins of the past.

Anton’s no stranger to struggle. He grew up in the old country, in the times of trouble. Massive civilian casualties were common, and refugees constantly moved as the front lines fluctuated. All this death, pain and misery creates a sense of survivalism that changes a life permanently. The things he saw in the old country still haunt him, and many of the things his family did to take advantage of the refugees still weigh upon his conscience. Slipping in among the refugees to gain passage to America was surprisingly easy. Upon his arrival he went to work for the family, first in New York, then Chicago and eventually following the business to Minneapolis. Anton is a small cog in a big machine, preferring to steer clear of the heavy lifting and deal in the trades of theft, fencing and small-time crime. Anton isn’t heartless, and the machinations of the bigger cogs have created some friction. Instead of being ground down, Anton made a decision and earned a secret… a secret that could get him killed. 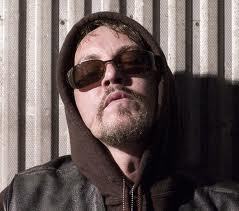